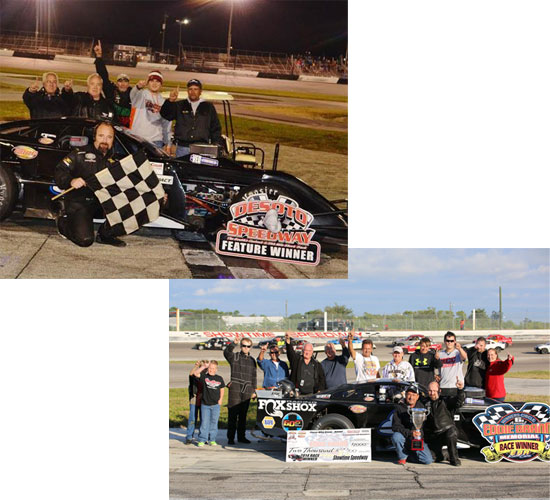 D.J. Hoelzle withstood a frantic last-lap challenge from Travis Roland to win Saturday night’s action-packed 75-lap J.D. Byrider Open Wheel Shootout at Desoto Speedway.
This is his second win in a row at the Desoto Speedway and we at GO15 could not be prouder. D.J. had another win in the Eddie Brann Memoral Race last weekend.

Hoelzle grabbed the lead from Dutilly on a lap 39 restart and quickly opened up a large gap over Dutilly and Roland. He had a two-second lead over Dutilly when the yellow came out for Timmy Moore’s spin in turn three on lap 48.

Roland appeared to spin his tires on the restart, handing the lead back to Hoelzle. Roland quickly reeled Hoelzle back in and made one last attempt to grab the lead coming out of turn four, but he came up about a five feet short of taking the checkers.

“I used the wall four or five times on the straightaway to try and hold him off,” Hoelzle said.
Roland, said he felt like he ran over some debris on the final restart.
“I felt like I gave it away on that last restart,” Roland said. “I wasn’t real good on the top of the track and D.J. had it figured out on the bottom. He did what he had to do and I love racing against him. It was a heck of a show.”

During D.J’s career he has tried many different additives that did not work or were harmful to his engine. GO15 engine treatment products are the only products that improved his performance on the race track and kept his car running great. See his video testimonial below.