The more you spend on gas, the more you spend on the engine of your car and the engine treatment then too. The cost of gas has always been going up, so then the cost for engine treatment has been increasing too. And with the steady increase in gas comes the pain we feel when we see how much it is costing to fill that tank all the way up. But here in the United States we do feel less of a pain at the pump than most countries. There are only 5 countries that feel less of a pain at the pump than Americans do. Four of those five countries are OPEC (Organization of Petroleum Exporting Countries) members; those five countries are Venezuela, Kuwait, Saudi Arabia, United Arab Emirates and Luxembourg.  Despite the fact that gas is so expensive, we in America are lucky because we have access to GO15. GO15 will help increase your fuel economy and lengthen your engine’s life.

What Country pays the most for gas? 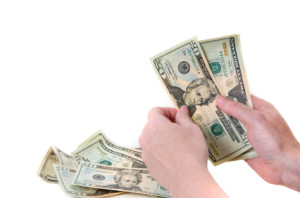 There are only two countries that have extreme pain at the pump. Pakistan and India both have a gallon of gas that costs more than one whole day worth of work. In Pakistan the average daily wage is $3.55 yet a gallon of gas costs $4.08.

Norway, however, has the most expensive gas price in the world. They are topping the list at $9.79 a gallon of gas. Even though their gas price is so high, it only costs Norwegians 3.6% of their daily income to pay for a gallon of gas.

However, GO15 is proven to help you save at the pump. When you use GO15 there is an improvement in the Ring to Cylinder Wall Seal. This is developed by GO15 and that creates a Higher Combustion Efficiency resulting in improved mileage performance.

Although when it comes to the consumption of gas, Americans are number one, at 1.2 gallons per person each day. That is 31% more than Canadians who are number two in consumption. While our average daily consumption is the highest in the world, our percentage of daily income spent on gas is average, if not less than average of that of the rest of the world. Americans average a daily income of $151 and of that we spend 2.5% of it to buy gas.

March is one of the worst months of the year to buy gas and the reason is simple. Oil Refineries undergo maintenance this time of year as they are transitioning to a formula for the warmer months ahead.

When they go through this maintenance they cut production of fuel which limits gasoline supply.  As a simple rule of thumb is that a lower supply leads to higher prices. The increase in gas prices will be around 10 cents a gallon  and possibly up to 20 cents a gallon in California. According to the Energy Department’s U.S. Energy Information Institute,  the average gas price is $3.48 which is higher than a week ago. Usually the maintenance lasts until April or May so you can avoid these increases if you use GO15 in your vehicle.

GO15 engine treatment is proven to help you save at the pump. When you use GO15 there is an improvement in the Ring to Cylinder Wall Seal. This is developed by GO15 and that creates a Higher Combustion Efficiency resulting in improved mileage performance.

These reductions in surface tension reduce the metal-to-metal friction and result in an improvement in all of the fundamental operating efficiencies including increased fuel mileage, longer engine life and a significant lowering of emissions.